We brought DD1 for her eye review last Friday and were astonished that her myopia has worsened from a power of 75 to 200 within 4 months. If her condition does not maintain in the next few months, she may be prescribed Atropine to prevent her myopia from worsening. Atropine causes the pupil to dilate and allow more light to enter, thus causing glare which can damage the eye. Atropine also causes blurring of the near vision by paralyzing the eye muscles used to focus for near. The long-term risks of Atropine is still unknown. We are concern because she's only 7.

It had been a busy weekend for us, trying to bring her outdoor as much as we could. I had to squeeze in a daily routine of 30 mins outdoor play and I really wonder how am I going to cope home alone. Yes, DH just flew off to India yesterday. I know it's tough but I'm sure I can manage, that's what I always tell myself. Positive thinking = winning half the battle! Ganbate!!

It had been ages since I last baked some bread but since it's relatively time consuming for me to shape and proof and bake in the oven, I decided to use instant roti prata instead. 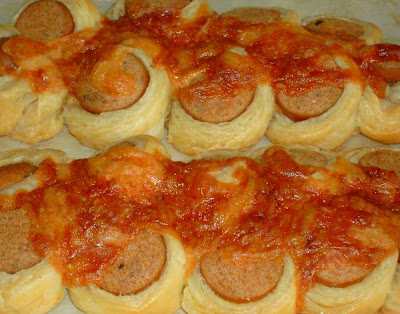 I used some peppery hotdogs from the local supermarket sprinkled with grated cheddar and mozzarella cheese. The kids love these! 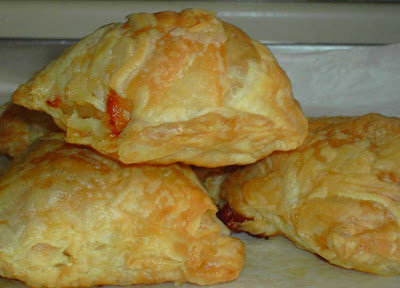 These triangular ones were stuffed with mushroom ham and grated cheese. 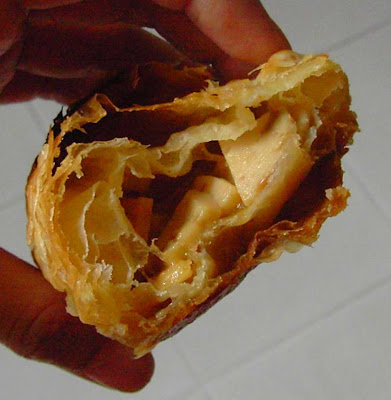 Method
Note
I usually bake this the night before and put them into the toaster oven the next day.
Posted by Blessed Homemaker at 1:57 AM

really sorry to read abt her condition. Hope all goes well.

pity your daughter, she is only 7, have to suffer this. Is there any operation can be done on her eyes? God will bless her.

Just hope that everything will be going smooth for her.

Thanks for all your well wishes. I'm trying my best to squeeze in some time for outdoor activity daily, will only know if this helps in 4 months' time.

How is your daughter now ? School holiday is just round the corner for primary school right ? She has to be careful when reading or watching TV or facing the PC because it will gradually worsen her condition if she has bad habit daily. Hope all is well and pls send her my hug and kisses :)

I only allow 30 mins of TV time (as a reward for their good actions/behaviour) or 30 mins computer time for games/updating her blog. I suspect it's because of her bad reading habits. She loves to read (extensively) and when I spoke to her form teacher about her myopia increase, she feedbacked that DD1 "walks and read" in school. Now I'm trying to squeeze out some time each day to bring them outdoor, rain or shine.

We won't know until her next review. Thanks for your concern :)