I can't remember when was the last time I bought commercial scones, so much so that I forgot how a scone taste like, for I found the BEST CREAM SCONES EVER .

When Annie first shared this recipe in a food forum, I made it so often then that I know exactly what goes into the mixing bowl without looking at the recipe ;-) 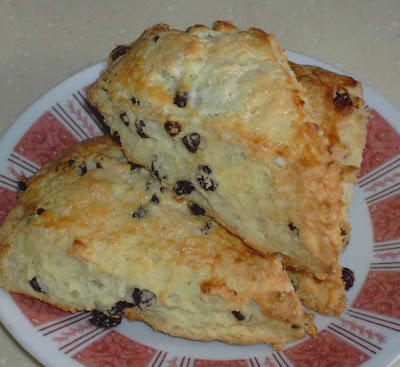 This is originally a Cream Scones recipe but for a healthier alternative, I used plain yogurt instead (you can use sour cream too but I've not tried it). Using cream will yield a very FLAKY scone but with yogurt, it's not as flaky but still very soft. 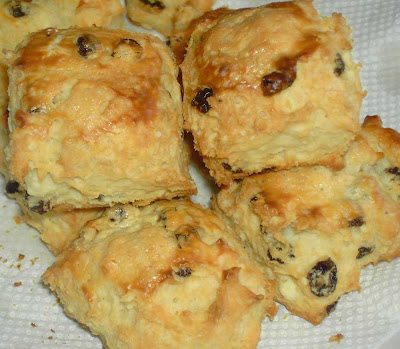 Made some in bite-sizes for the little hands. 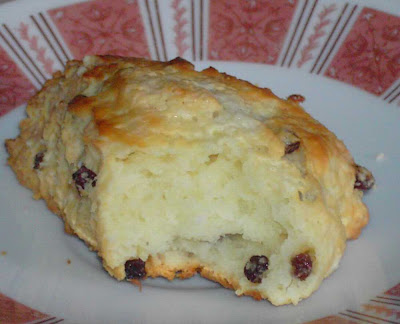 They stay soft the next day, all I did was heat it up in the toaster oven for a few mins and it's as good as freshly baked. Gave some to SL and her family likes it too ^-^

Posted by Blessed Homemaker at 4:45 PM

your scones look great! I'm glad you like our recipe so much. Thanks for the mention and the link back!

I agree with you, coz I have made this type of scone before, it's very sticky, but nice.

Thanks for visiting! Your scones are great! Definitely the BEST scones ever!

CP, did you use the same recipe? When using cream, the dough is pliable but not when I replaced it with yogurt, it just get stickier.