I've totally, completely forgotten about Dad's birthday this year.  I don't know what I'm busy with since I haven't been cooking nor baking much, but I just seem to be busier.

Last December, I baked Dad a Santa Claus cake and I was planning to bake him a log cake this year.  But after some thoughts, I decided against it and decided to bake him a proper birthday cake.
His birthday celebration was initially planned on Boxing Day but was brought forward to Christmas Day instead.  I had promised to meet up with AH for a gathering in her house on Christmas Eve, with some ex-colleagues whom I've not met for years.  Although she's staying at the other end of Singapore and to travel there by public transport with 3 kids, I think it will probably take me 2 hours from point to point.  I'm so looking forward to this gathering as I've not met them since I left the company in Feb 2008.  But with the change in date, I couldn't make it for the gathering. (Sorry AH, you organise another one next year, I'll try to make it, I promise).
After googling online for some cake ideas, I decided to bake him a longevity cake and found this design that I think I might be able to complete.  Though it doesn't look as presentable, I think it is still acceptable, at least for a home baked cake. 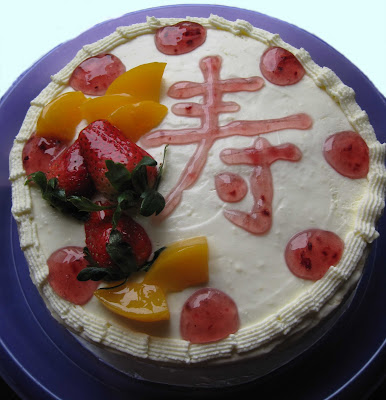 I didn't want to buy any colour paste just for this so I added some mixed berries jam, which I got the idea from Bakertan.  The colour didn't turn out too vibrant, but I think it is still acceptable. 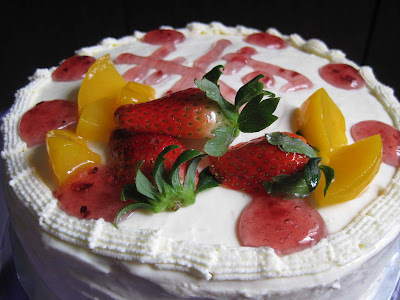 Glazed the fruits with piping gel/jelly (mix 2 part piping gel/jelly with 1 part water) to keep the fruits fresh.
For my layered cakes, I never stablise the whipped cream although I've heard and read about this method.  With Singapore's humid weather, my whipped cream always melt on me so I decided to put a stop to melting cream.  There are several ways of stablising whipped cream and I chose the one using gelatin.  I've always used powdered gelatin but since my parents don't eat beef, I had to use gelatin leaves instead.  After mixing in the gelatin mixture, the whipped cream was left in the fridge as I was unable to frost the cake immediately.  When I took it out for the fridge to frost, the whipped cream was too firm to be frosted and I had to thaw it for a few minutes before I could use it.  However, this texture makes piping much easier.
Besides baking Dad a cake, I made agar agar too. 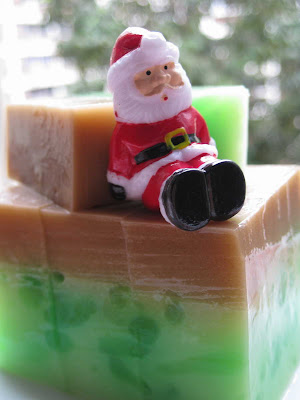 Sometime back, I saw this cendol agar agar in KG's facebook and I asked her for the recipe.  Unfortunately I was too preoccupied to make this and totally forgotten about it.  Then I saw it in Wendy's blog again after several months.  I've always wanted to make this but there were simply no occassion.  Making agar agar with 2 packets of agar agar powder is way too much for my family.  With Dad's birthday celebration, this is the perfect time for me to make this.

I bought cendol for our local supermarket and used thin coconut milk instead.  It's probably me but I try not to feed my family with too much coconut milk.  Despite rinsing the cendol in running water, the agar agar still turned out green.  I'll share about my experience in my next entry.
We had potluck at my parent's house and here's sharing what my siblings brought (didn't manage to take a picture of what Bro L brought as he was late - he bought Tanjong Rhu Pau yummy!). 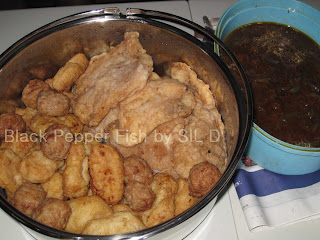 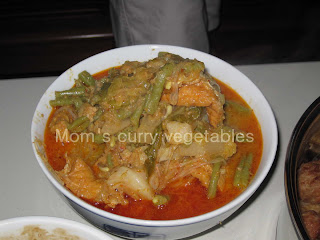 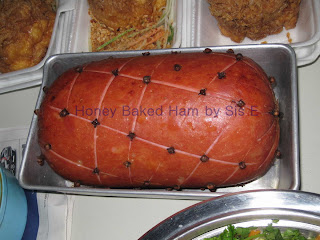 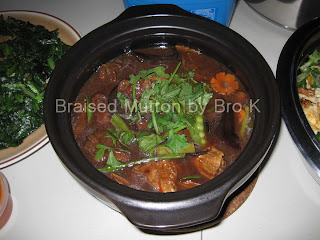 I missed out on Bro K's curry fish head too. 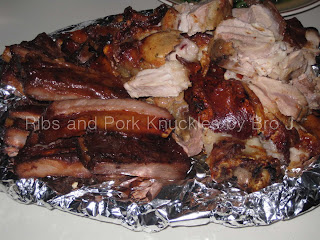 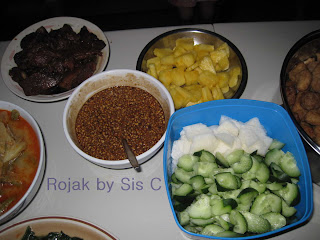 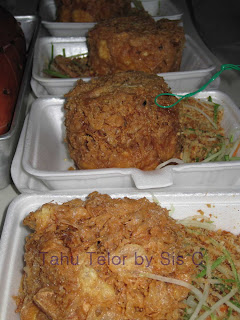 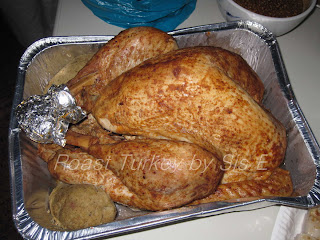 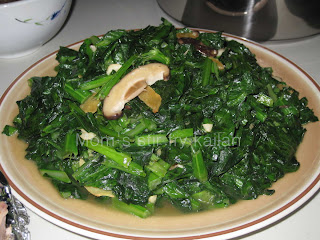 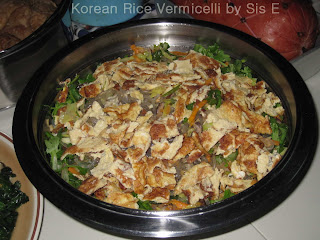 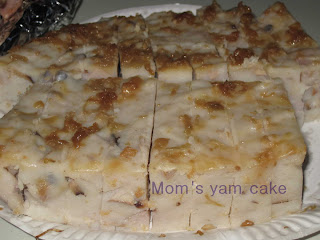 Food and companion, we had a great time!  I just love family gatherings! 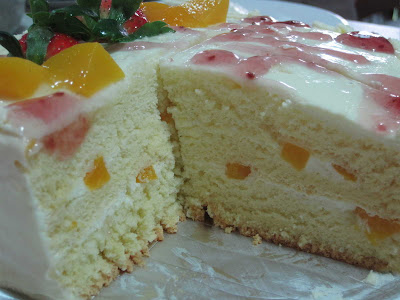 Back to Dad's longevity cake, I think I whipped my egg whites and folded it well without deflating too much of the egg whites.  This resulted in a tall cake and I was able to slice the cake into 3 layers.  Again, I used my regular chiffon cake base recipe and the cake turned out light and fluffy.

Posted by Blessed Homemaker at 9:26 AM 10 comments:

﻿When night falls, I have many thoughts in my mind but when I'm sitting in front of the computer, my mind goes blank.  Blogging definitely needs inspiration to keep the entry interesting.  But today, my brain needs some rest.  I've been sleeping for 4 hours daily for the past 2 months as there are simply too many chores.  No, my house is not in tip top condition but the daily marketing, cooking, washing, cleaning, laundry is enough to exhaust me.  And yes, DH is overseas again, I think I only get to see him for a week or two in a month.  With DH away, I'm taking over his chores and I'm completely exhausted by 11pm.  And when I lie on the bed at 1am - 2am (alright, I skived, I did catch some movies on cable/surf the net for some ME TIME), my brain just can't stop working, thinking of the many events that happened and what's going to happen/prepare the next day.  Then , I'm in the state of insomnia again, almost every night.  I do not know what time I fall asleep but I will be awaken by DD3 for feed at least once and by 7am, the whole family is awake.
I initially thought this will be a short and quick entry but it took me almost 2 hours to complete.  Gosh, better stop now and get my butt moving, need to walk the dog. 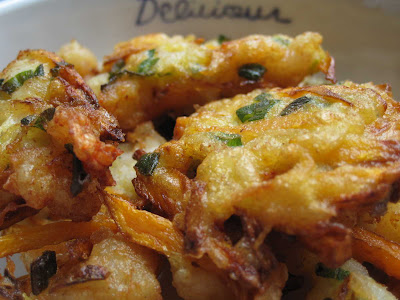 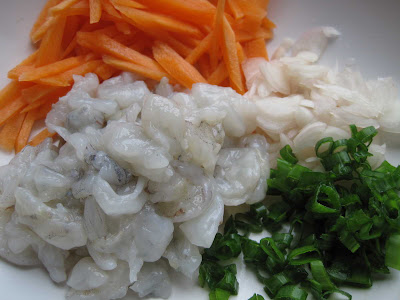 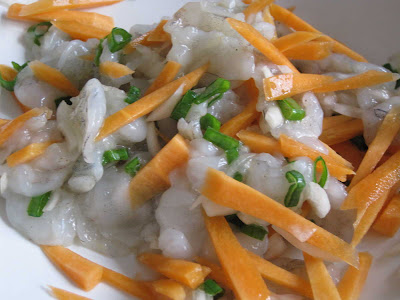 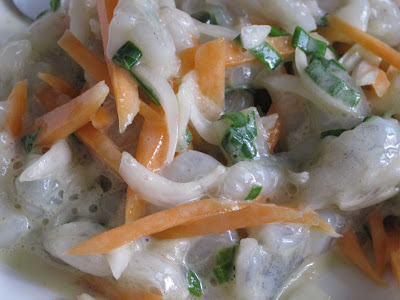 For the Batter
Ingredients 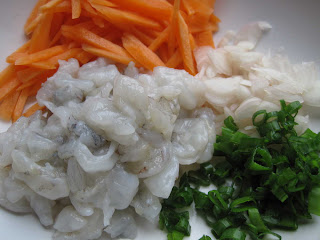 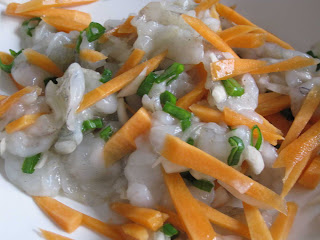 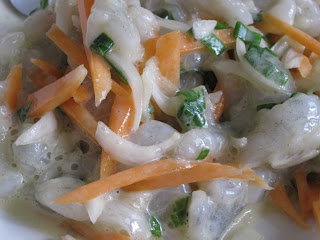 Posted by Blessed Homemaker at 1:37 AM 15 comments:

I'm not a brownie lover, especially when we're talking about dense and dry brownies.  But when I saw this in Edith's blog, I knew I must try it as it is steamed!  Yes, you've heard me alright, steamed. 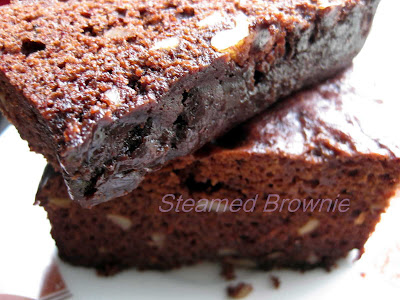 This is a very simple recipe, no fuss at all. 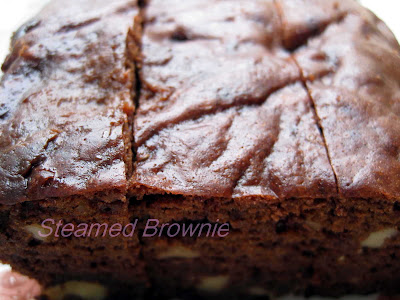 It doesn't taste very much like the regular store bought brownie, the texture and taste are entirely different. 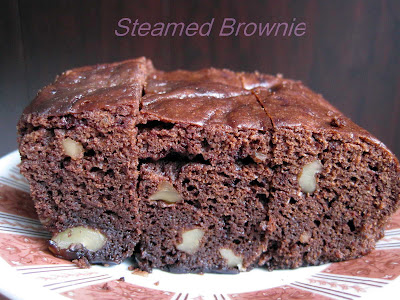 Please pardon the pictures as I used natural lightings but it was a scorching hot day and the rays were too strong.  I should have adjusted the brightness level but I was plain lazy.
Steamed Brownie
Source: Magic Steamed Cake
Recipe seen here
Ingredients
(A)
100g butter
85g chocolate